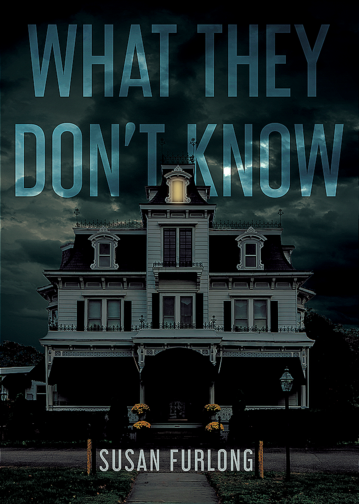 WHAT THEY DON'T KNOW

Mona Ellison is living a dream life. A successful husband, loving son, beautiful home, an amazing group of friends …  you could say that everything is perfect.

When her son becomes entangled with the wrong crowd, ditches college plans, and runs away from home for a life of partying, Mona is upset, but boys will be boys, right? He’ll be back as soon as his money runs dry. At least that’s what she tells her friends.

Only she suspects something different.

Then the police knock on Mona’s door. A young girl has turned up dead, and her missing son is the prime suspect.

Determined to reunite with her son and prove his innocence, Mona embarks on a search that puts her on a twisty trail of social media clues and a rollercoaster ride of lies and betrayal until she lands on a truth that changes her perception of everything. Now, the only thing Mona knows is that she can’t trust anyone … not even herself.

Suburban paranoia at its best.

WHAT THEY ARE SAYING...

"Part domestic thriller, part small-town mystery, WHAT THEY DON’T KNOW is everything suspense fans want: characters who'll make you think twice, a subversive plot, and pages that seemingly turn themselves the deeper you get into the story. In this portrait of suburban life tinged with malice and intrigue, paranoia lurks just around the corner. Read it at night. Don’t plan on sleep."

-- Tosca Lee, NYT bestselling author of The Line Between

"When a young girl turns up dead in the suburbs, Mona Ellison’s teenage son is the prime suspect… and now he’s missing. Susan Furlong’s What They Don't Know is a twisty and compelling domestic suspense starring a mother who’ll stop at nothing to find her son and clear his name. Compulsively readable and immensely entertaining, Furlong’s new book is not to be missed. If you think you’re safe in the suburbs, think again."

"Susan Furlong has put it all together, a bit of cozy, but with grit blowing in under the doors.  A unique blend and a fantastic read."