Among the Irish Travellers living in the Appalachian Mountains of Tennessee, no one forgets and no one forgives. And as former Marine MP Brynn Callahan finds out when she returns home, it's hard to bury the past when bodies keep turning up . . .

After an IED explosion abruptly ends her tour of duty, Brynn arrives stateside with PTSD and her canine partner Wilco—both of them bearing the scars of battle. With a mix of affection, curiosity, and misgivings, she goes back to Bone Gap, Tennessee, and the insular culture she'd hoped to escape by enlisting in the Marine Corps.

Marginalized and wary of outsiders, the Irish Travellers keep to themselves in a secluded mountain community, maintaining an uneasy coexistence with the “settled” townspeople of McCreary. When Wilco’s training as a cadaver dog leads Brynn to discover a body in the woods, the two worlds collide. Soon it’s clear that and Brynn and Wilco are in danger – and they’re not the only ones.

After the police identify the dead woman, Brynn is shocked to learn she has a personal connection—and everything she’s been told about her past is called into question. Forming a reluctant alliance with local sheriff Frank Pusser, Brynn must dig up secrets that not only will rattle her close-knit clan to its core, but may forever change her perception of who she is . . . and put her back in the line of fire.

The road between McCreary and the tiny municipality of Bone Gap, where my grandparents lived, where I used to live, where I guess I lived again now, was a viciously curving tract of the highway infamous for its treacherous switchbacks. It was also a great deterrent for visitors. Which is why my Irish ancestors had chosen to locate in the area generations ago.

We were known as Pavees, Irish Travellers, or as some liked to call us, white gypsy trash. No matter the moniker, the truth was, Travellers preferred being outsiders, living and working on the fringe of society. We didn’t like to settle down and, in fact, used the term “settled” as our own term of derision for any non-Pavees. Keeping to ourselves was the only way to preserve our traditions and culture. Assuming you didn’t drive your drunken self off Settler’s Mountain.

And assuming you stuck around.

I looked around: mobile homes, trailers, and RVs; jacked up trucks emblazoned with chrome accents, ATVs and sleek motorcycles as far as the eye could see. The wheels of the Bone Gap Travellers. A culture built on wheels, and meant to move, but that had somehow settled in this Tennessee backwoods. I didn’t want to come back. I’d worked hard to escape this place. And paid the price. But Gran was the one person I loved most in this world, and she needed me . . .​ 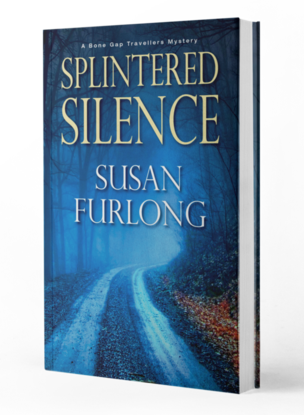